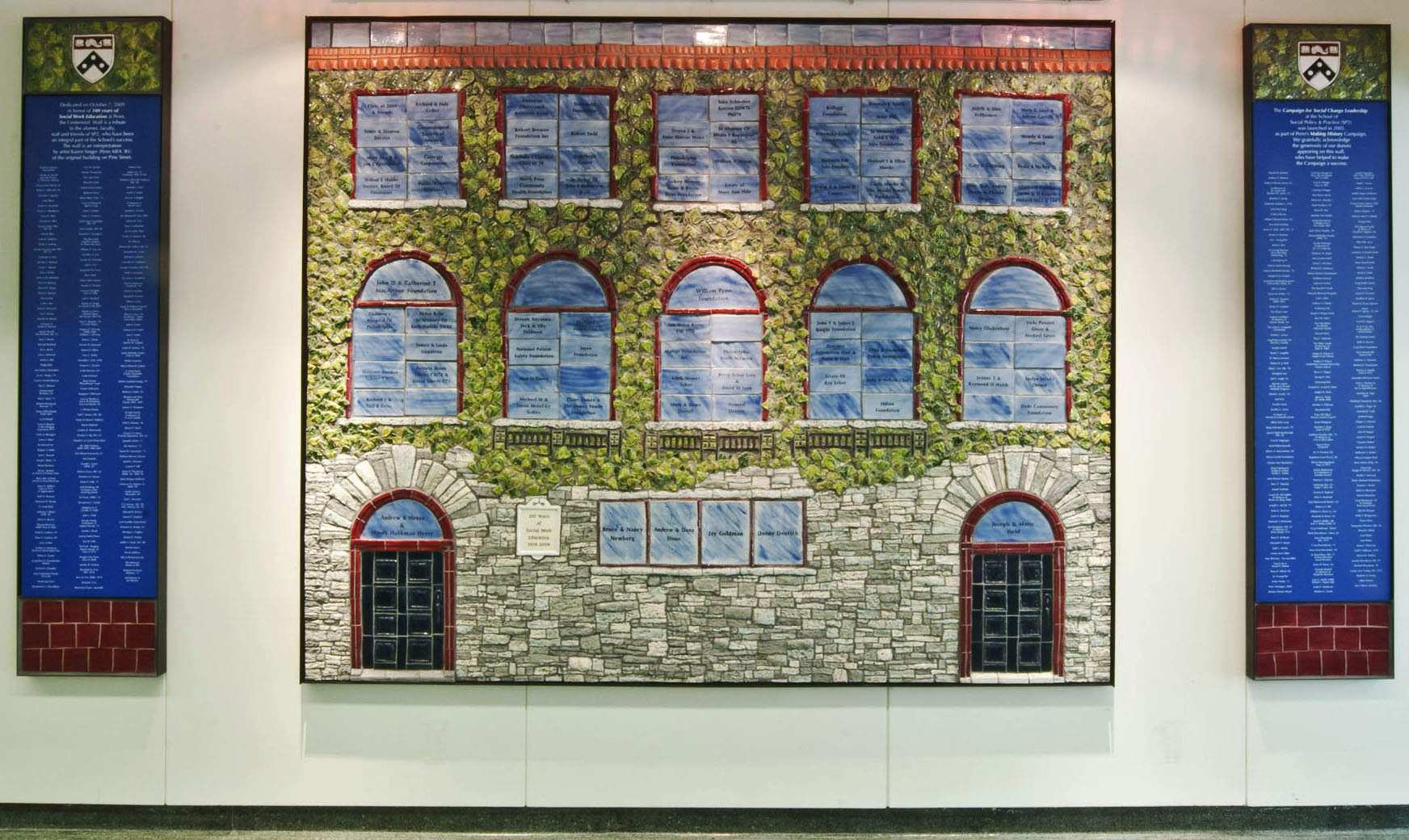 Create a “motivational wall” that encourages donors to increase their gift. Combine aspects of the School’s Centennial with biggest Capital Campaign in Penn’s history. The wall needs to function as an incentive for first time donors as well as visibility for top donors. Donor wall in the form of the facade of the original building occupied by the School of Social Work. Donor names are inscribed in the window areas. The striking imagery, prominent size and high relief of this mural make it a highly visible show piece in the school’s newly renovated lobby. Matching side panels hold the names of $400+ donors, many of them alumni who are giving for the first time. The campaign raised over $20 million, setting a new record for the School of Social Policy & Practice. The donor wall and its incentive to give is credited as a big factor in meeting this goal. The piece continues to attract much positive attention, and is considered the most striking donor wall on the University of Pennsylvania campus.