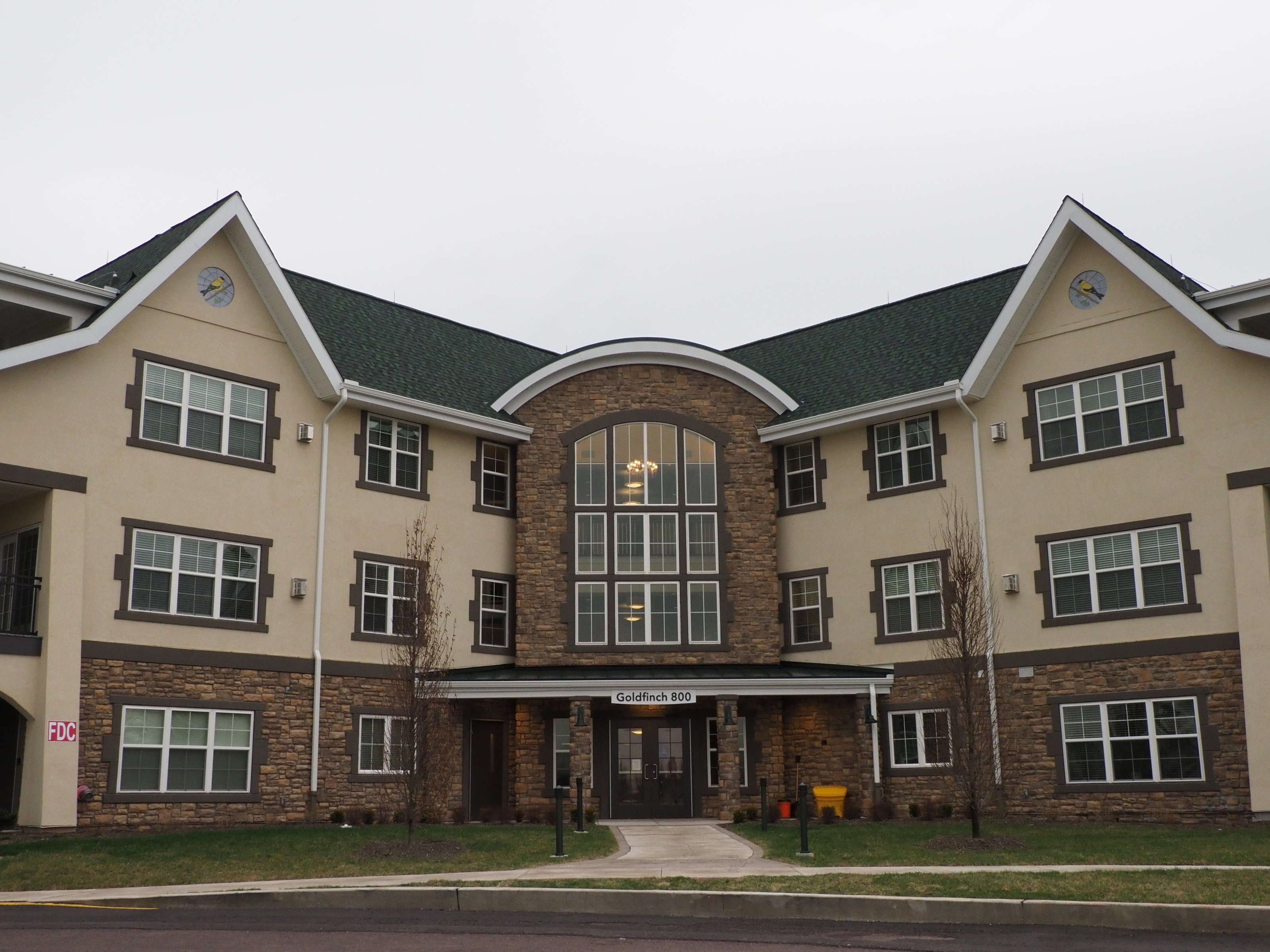 Visual wayfinding is extremely helpful in this situation and particularly advantageous in a Life Care community where residents may have memory and sight impairments.

The 130 acre campus of Meadowood Senior Living includes a Nature Preserve with an abundance of wildlife and a diverse bird population.

Many of the residential buildings are named after birds, such as Cardinal Crest, Bluebird Crossing and Wren Court. The Grove at Meadowood consists of four new luxury residences named for birds, with floor plans named for trees. We were commissioned to create exterior ceramic tile medallions for the identical buildings, as an expansion of Meadowood’s wayfinding system. (Meadowood Senior Living Worcester, PA.)

The top images show the silhouettes used in the their original signage system. Below – our adaptation of the graphic designs for ceramic tile.

Each panel is 32″ in diameter, formed in one piece and then cut into pieces, using the Moravian Pottery and Tileworks’ “mosaic” technique.The birds were sculpted in a vitreous high fire clay body, formulated to circumvent frost freeze damage. They should last hundreds of years. With our work, the wayfinding became a part of the architecture, as well as the signage.