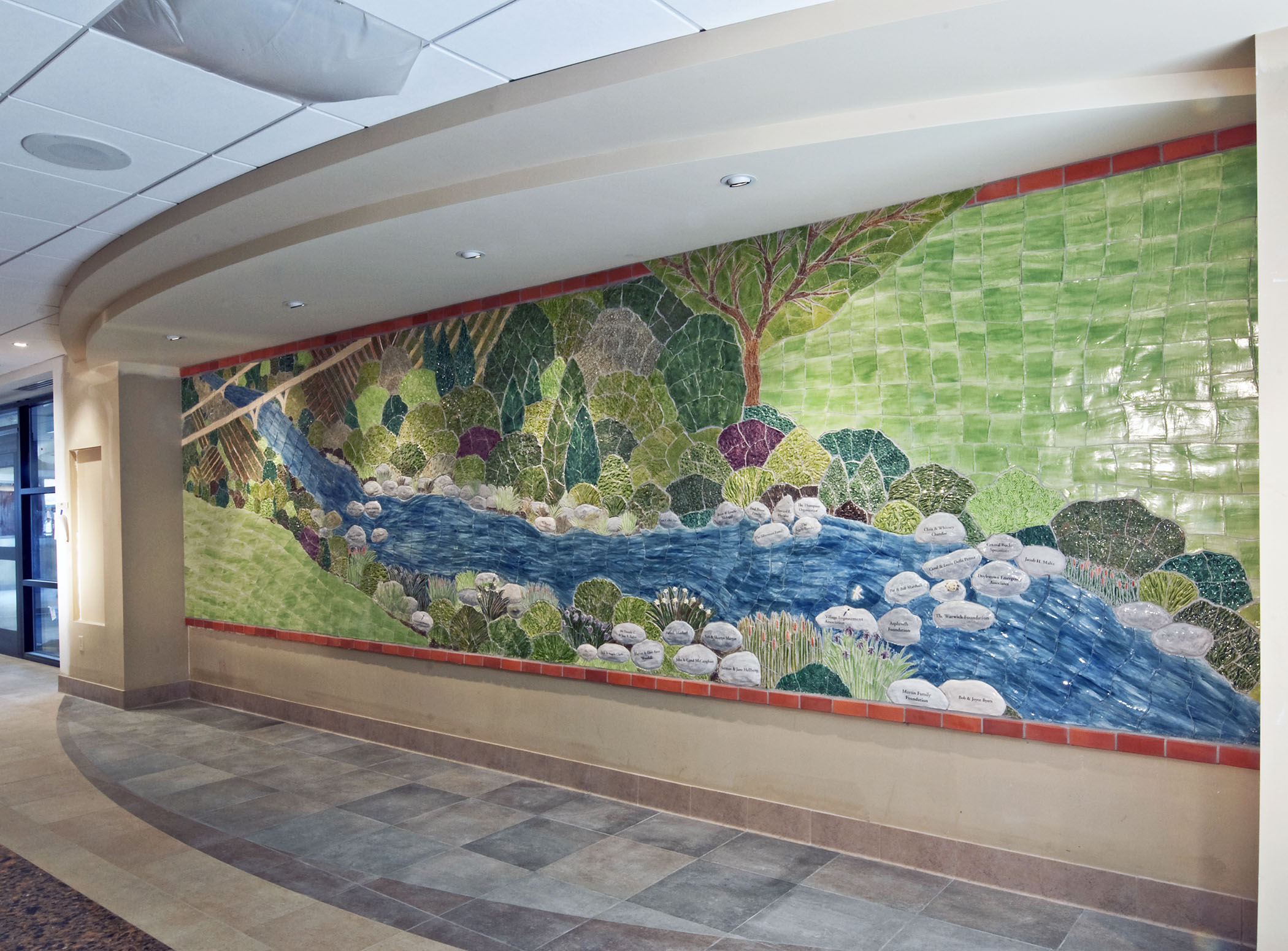 Design a donor wall and series of naming plaques that embody the concept used in planning the new Emergency Department – “flow”. Make the work compelling and appropriate to the culture and traditions of the Bucks County area. Encourage amplified donations by virtue of the project’s cachet. Our mural takes the form of a stylized Delaware River, complete with bridges, fields, rocks, plants and a few creatures. The names of donors who gave $100,000 and up are inscribed into rocks in the stream bed. These rocks have high visibility and were a strong incentive for giving at this level. Other names are shown in side panels. A series of jewel-like naming plaques based on the mural imagery was created.

$500,000 in additional donations came in within one month of the dedication. Those donations were directly inspired by the desire to have one’s name on a rock within the mural. Over 90 naming plaques were created – every room has one. Deep satisfaction and appreciation has been voiced by donors, staff and patients. The goal of the campaign was $16 million, in the end the Hospital was able to raise $18.5 million!