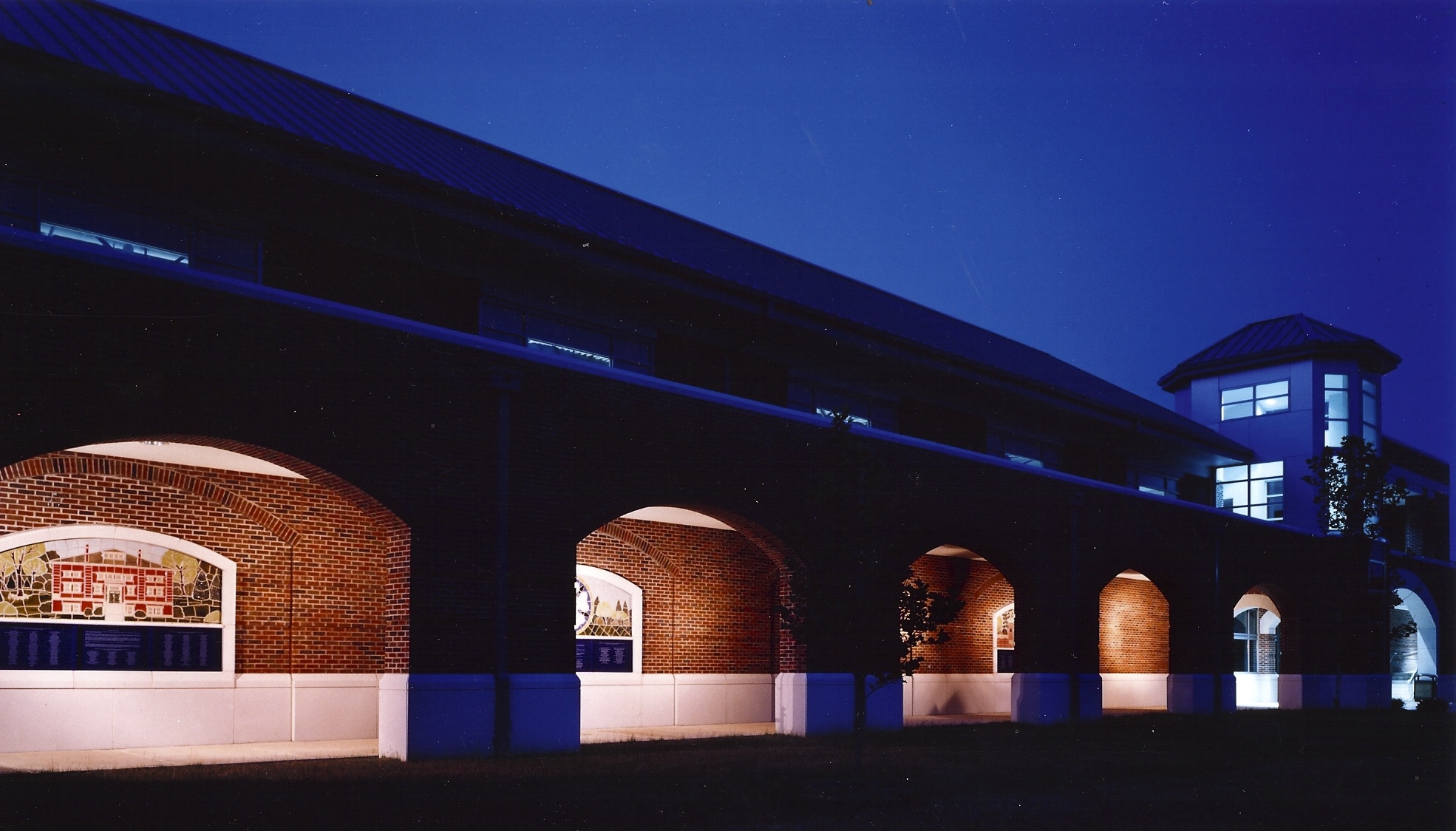 Create a donor wall for the exterior of the Capital Center, a new highly visible sports and fitness facility. Showcase college history and culture in the work. Make the piece mesh with the architecture and culture of the school. Make it easy to add names.

We created a mural in the form of a series of arches echoing the architectural detailing of the building exterior and visible from a block away. The imagery is based on college landmarks: Capital’s signature gateway, the Capital University seal, the Lutheran seal, and the original Physical Education building. The glass text panels were designed for easy removal and replacement.

Over $100,000 was raised after unveiling the mural at Homecoming. The funds were raised by people calling to ask, “How do I get on the wall?” Because the panels are highly visible and are lit up at night, they function as a subtle billboard for the school, making Capital University’s traditions and symbolism more familiar to students and visitors alike.